In the aftermath of Melbourne’s Bourke St tragedy, in which a driver ran amok in the CBD in January 2017, the Victorian Government announced changes to the state’s bail system along with a two-stage major review of Victoria’s bail laws.

The first tranche of reforms is due to begin on 1 July this year, with the second set of amendments still to be debated in the upper house of Parliament.

Opposition Leader Matthew Guy has continued to chastise Daniel Andrews for delaying commencement of the bail reforms, calling instead for them to begin at the end of March.

About 300 Australian women and men convicted of major crimes are in jail today – and for many years to come – who should be free. They are innocent.

These are the findings of a three-year investigation into wrongful convictions worldwide by Civil Liberties Australia. 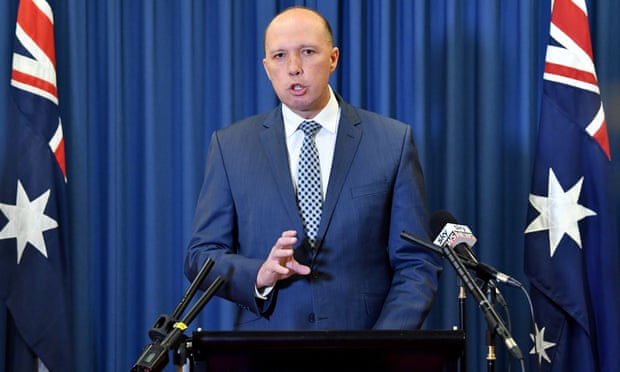 Victorians are “scared to go out to restaurants” because of “African gang violence”, Peter Dutton has said, in an interview attacking the supposed lack of deterrence of crime in Victoria.

The home affairs minister told 2GB on Wednesday that Victorians were “bemused” when they looked “at the jokes of sentences being handed down” due to “political correctness that’s taken hold”.

“There’s no deterrence there at the moment,” he said.  https://tinyurl.com/yadp6z2t

About 200 people have been struck down with gastro onboard a cruise ship which is set to dock in Brisbane on Thursday.

The Sea Princess, part of the Princess Cruises fleet, is completing the final leg of a two-week round trip between Brisbane and New Zealand.

Queensland Health confirmed on-board testing found norovirus to be the cause of increased gastro cases.

“Around 200 people were believed to have been infected with the virus,” a spokesperson said.  https://tinyurl.com/y9y9d84r

A Victorian magistrate will soon be facing court himself on two charges under the Road Safety Act over an accident at Spotswood, in Melbourne’s west, last year.

Here’s the numbers, and the background, on how Australia degenerated to being at odds with the UN agencies, criticised for being inhumane, and holding people in interminable ‘detention’.  11 Nov 2017

David Eastman was convicted in 1995 of the murder of Assistant Commissioner of Police Colin Winchester. On August 22, 2014, the conviction was quashed and a new trial ordered, by which time Eastman had served almost 20 years of a sentence of life imprisonment.

The DPP is proceeding with the retrial. The costs of the retrial are reported by the Canberra Times as something of the order of $27 million. The ACT Budget sets aside $5.103 million for the trial in the current year and in addition $3.028 million is allocated to the Office of the DPP, an undisclosed portion of which relates to the Eastman prosecution.

The citizenship-politician crisis is warning and opportunity that it’s time for a complete overhaul of Australia’s Constitution, two centuries after its drafting. We need a new ‘founding deed’. And the new basic document to facilitate a ‘rebirth of the nation’ should incorporate a Bill of Rights, Civil Liberties Australia says.

Other items in this issue include:

With the squibiscite over,  and presumably favouring Same-Sex Marriage as polls predicted, the battle will turn to wording of a new law. Here’s what CLA has said about that. 24 Oct 2017

The High Court has struck a blow for Australians’ freedom to protest and speak up by ruling that Tasmania’s draconian 2014 laws were unconstitutional and showed ‘Pythonesque absurdity’.